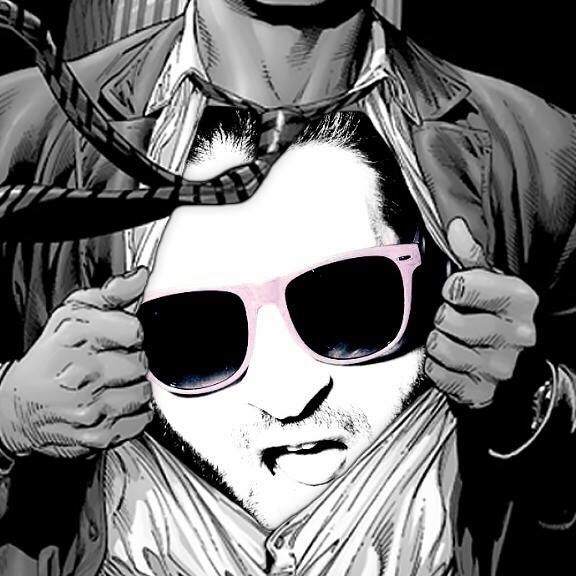 Beginning his music career as a teenager in Miami in the 1990s, Rodriguez first explored freestyle music, opening for the era’s most popular acts, including Noel, Corina, Stevie B, George Lamond, Lisette Melendez and Lisa Lisa and Cult Jam. By age 17, he had cut a few demos with now acclaimed DJ/producer Giuseppe D, marking a transition to house music and a relocation from Miami to the New York City area, where he became Michael M.

In the last 20-plus years, Rodriguez has moved back and forth from Miami to New York, releasing music and collaborating with many producers, including Oba Frank Lords and more recently, Edwin James for the French house label, 96 Musique. Their collaboration on “The Kids Don’t Know,” a witty meditation upon club scenes past and present, earned more than 19,000 YouTube views and was featured on the compilation CD, “100 Dance 2015,” by Universal France.

In 2015, Rodriguez launched his own record label and artist-development boutique, Gonna Be Music, recruiting Miami-based artists JEI, DROZE and Ceevox. The label’s first release was “Never Stop,” an EP produced by Italy’s Danny G with lead vocalist DROZE. Rodriguez contributed as singer, co-writer and executive producer on that project, then co-wrote “When There Was House,” a track by Corrugated Tunnel featuring DROZE for Vision Collective.

Miami Gay News and South Florida Gay News caught up with Rodriguez as he’s grooming new talent in New Jersey and overseeing new projects by JEI and DROZE in Miami. Here’s what he had to say:

MGN: What motivated and inspired you to pursue a career in the music industry?

MGN: How different is the Miami scene from New York/NewJersey, where you are currently and were once before?

MM: “I think New York has always been seen as avante garde and always the first to break out talent. But Miami is definitely giving New York a run for its money these days. A lot of the hottest DJs and artists are coming out of Miami like Oscar G, Ralph Falcon, Oba Frank Lords, Soulistk, JEI, Ceevox, Alan T, DROZE and A.D Cruze to name a few.”

MGN: Have you always been interested in the same genre of music?

MM: “Dance music has always been my first love. Freestyle was big in the 80s and disco never really died in Miami in the 80s. Anything that gets me on the dancefloor.”

MGN: What are your fondest memories of your time on the Miami music scene?

MM: “The Winter Music Conference in the 1990s until the early 2000s were always something to look forward to. This was before it became a Spring Break haven. Back then, you could really network and get to rub elbows with the best, not to mention a Madonna or Versace sitting in the mix.”

MGN: Has the LGBT community been more embracing and supportive in Miami or New York?

MM: “After living in Miami for 20-plus years, I would have to say Miami. Give me time. New York will jump onboard soon.”

MGN: What do you look for in talent for your label, Gonna Be Music?

MM: “I can’t explain it. Sometimes it might be that I hear a song and really dig the hook and the beat. Sometimes I might hear the person sing live and I get goose bumps and just get that feeling. Ambitious and don’t-take-no-for-answer people also spark my interest.”

MGN: Are you selective when choosing talent for your label?

MM: “Yes. I have to really believe in it, whether it’s the song, artist or DJ. It’s like dating. There has to be chemistry. After all, we’re gonna create together.”

MGN: Fill us in on what’s next for Michael M and your Gonna Be roster.

MM: “[We’re] working on a new JEI release; a new record called ‘Running’ by A.D. Cruze, featuring Eva with a hot remix by Miami local legends Soulistk and Oba Frank Lords. [There are] more remixes of ‘No Time’ by DROZE, as well as new music by him; and I’m developing a producer/vocalist called Catacombs out of Jersey City. He’s someone to keep an ear open for in 2018.”

Welcome to JoCa Communications, a media and public relations company headed by Owner and President Jose Cassola, a former Miami Herald reporter. Through his firm, Cassola writes stories and drafts press releases for community newspapers, blogs and other print and online publications. Cassola is also the Founder and Creative Director of SoBeGayNightlife.com, the go-to, where-to guide for all things gay (bars, clubs, restaurants, salons, shops, hotels, etc.) in South Beach, Greater Miami and Fort Lauderdale. If you have a publication and need writers, call Jose Cassola at 305-321-4270 or email josecassola@gmail.com. View all posts by JoCa Communications

This is a text widget. The Text Widget allows you to add text or HTML to your sidebar. You can use a text widget to display text, links, images, HTML, or a combination of these. Edit them in the Widget section of the Customizer.
%d bloggers like this: